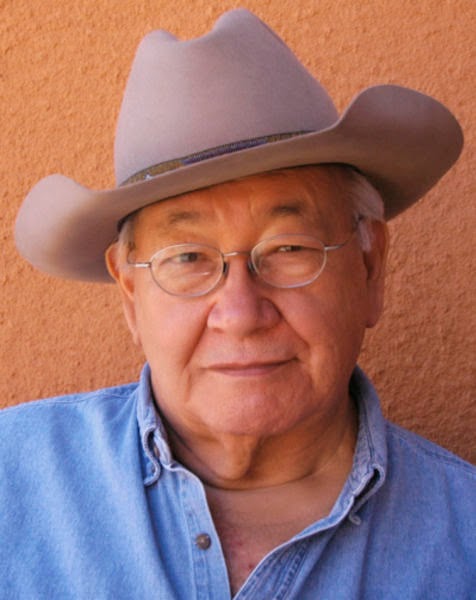 The English Department is very pleased to announce that a premier writer of our time N. Scott Momaday will be a Visiting Professor in our Creative Writing and American Literary Studies Programs during the 2014-15 academic year. Specializing in poetry and the Native oral tradition, in fall 2014 he will teach 487/587 The Native American Oral Tradition.

He received the National Medal of Arts in November 2007 ‘for his writings and his work that celebrate and preserve Native American art and oral tradition.’  In addition to the National Medal of Arts, he has received the Pulitzer Prize for Fiction for his first novel, House Made of Dawn, a Guggenheim Fellowship, a National Institute of Arts and Letters Award, the Golden Plate Award from the American Academy of Achievement, the Premio Letterario Internazionale “Mondello”, Italy’s highest literary award, The Saint Louis Literary Award, the Premio Fronterizo, the highest award of the Border Book Festival, the 2008 Oklahoma Humanities Award, and the 2003 Autry Center for the American West Humanities Award.  UNESCO named him an Artist for Peace in 2003, the first American to be so honored since the United States rejoined UNESCO.  He is a Fellow of the American Academy of Arts and Sciences and holds 20 honorary degrees from colleges and universities including Yale University, the University of Massachusetts, the University of Oklahoma and the University of Tulsa in his home state of Oklahoma, Blaise Pascal University (France) and his alma mater, the University of New Mexico.