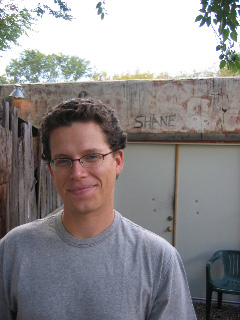 Dr. Worden's research and teaching covers American literature and culture from 1880 to the present, with focus on the history of literary and media forms, modernism, and theories of gender and sexuality. He is the author of Masculine Style: The American West and Literary Modernism (2011), which positions the American West and "cowboy masculinity" as central to the emergence of literary modernism. His work on U.S. fiction, comics, and television has been published in Arizona Quarterly, Canadian Review of American Studies, Modern Fiction Studies, and Southern Literary Journal, as well as in the anthologies The Comics of Chris Ware: Drawing is a Way of Thinking, A Companion to the Literature and Culture of the American West, and Violence, the Arts, and Willa Cather. He is currently editing two special issues, "Oil Culture" (with Ross Barrett), a collection of essays on representations of the petroleum industry from the nineteenth century to the present, and "Postmodernism, Then" (with Jason Gladstone), a collection of essays reevaluating postmodernism as a historical category that may (or may not) have continued relevance for critics of post-1945 literature. He is also at work on a book, "Cool Realism: The New Journalism and American Literary Culture." Focused on the writings of Truman Capote, Joan Didion, Alex Haley, Michael Herr, Norman Mailer, Gay Talese, Hunter S. Thompson, and Tom Wolfe, this book documents the rise of the New Journalism as a literary style in the 1960s and 1970s. Along with American literature from 1865 to the present, his teaching interests include comics and graphic novels, modernism, postmodernism, Western American literature, literary non-fiction, the history of literary criticism, theories of gender and sexuality, periodical studies, and literatures of the American Southwest.

Dr. Worden is teaching for the University Honor’s Program this fall and will offer two classes in the English Department in Spring 2012: English 315—American Masculinities and English 463—Modern American Literature.
Posted by English at UNM at 8:25 AM